No Room for Hate…. 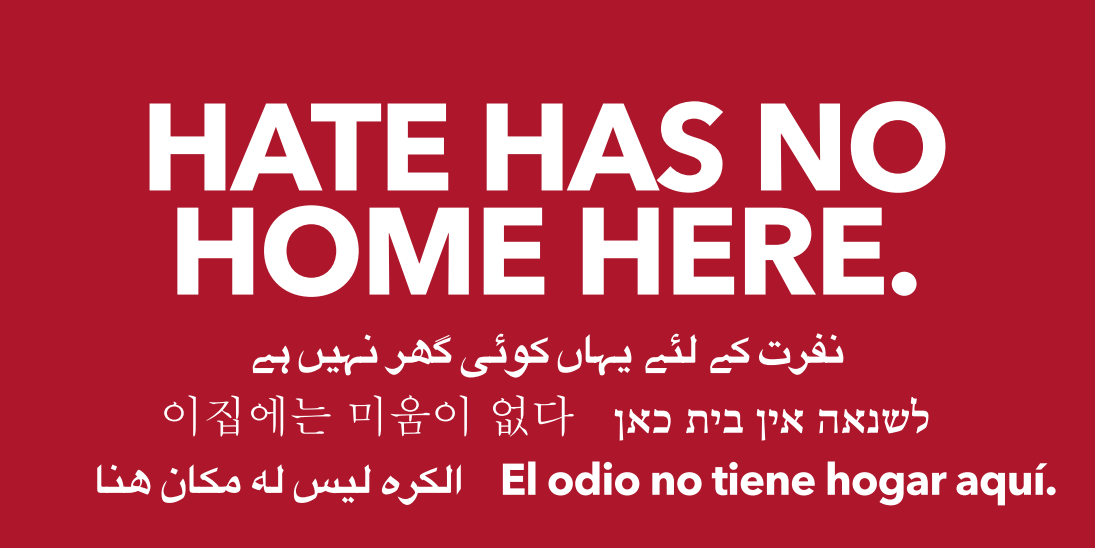 I am deeply saddened by the turn of events Friday night and Saturday, August 11th and 12th, 2017,  in Charlottesville, Virginia. To the chagrin of (I think) most Americans, racism and bigotry persists and has lifted their ugly heads, again.
Charlottesville’s City Council voted to remove a Confederate Statue of Robert E. Lee from a central location of the city. Furious about this decision, a white supremacist, Neo-Nazi, anti-semitic group called “Alt-Right” organized a protest at the University of Virginia.
Sadly, according to reports, most of the protestors were young people!
The protest and squirmish this past weekend in Charlottesville was reminiscent of both Jim Crow and the Civil War. Images of a homegrown terrorist militia group, angry protestors, and a sound bite from former Ku Klux Klan Grand Wizard David Duke, promising to “take our country back” is not only embarrassing for the nation but also disappointing and disheartening.

Americans certainly have the right to peaceful protest. But, deeper than a “right;” purpose matters. Protests for the purpose of awakening historical pain related to bigotry and hate wags a finger in the face of 50 years of progress. Indeed, there has been an earthquake in the country’s spirituality. Morality is surely sinking into its cleavage.
We need a quickening of the Spirit!
All people of faith must be vigilant, engaged, and focused. We must fight against bigotry, racism, xenophobia, and any manifestation of hate. Far too long, some of us have turned our heads, thinking that claims on hate and racism are merely apparatus in the hands of political interests.
Others of us have either intentionally or unintentionally put on blinders to the reality that America has a terrible racism, xenophobia, and hate problem.
It is true. It is everybody’s problem in one way or another But, all of us can be part of the solution!
We can no longer simply go on with our lives ignoring the problem. The weight of this painful evil continues to erode the nation’s civility bit by bit. There are human beings who live in survival mode, hoping someday to wake-up from America’s nightmare.
Let’s face it. Race and power are a single disease embedded in the fabric of our nation. It is present in politics, social experience, economics, education, attitudes, religion, criminal justice, and more. If we don’t work together to root it out, it will eventually destroy what our ancestors built.
As a man of faith, I am convinced that this fight is not a political fight. It is a fight against flesh and blood. It is against principalities and power, spiritual wickedness and attitudes. Our fight is not a physical fight.
Let us pray and fight in the Spirit.
We must also be intentional to move beyond our comfort zones and social apathy.
By the way, please do not think that this battle ended last weekend. Alt-Right and likeminded hate groups are far from finished the mayhem they started. They have vowed to continue their mission.
All believers must disdain, resist, condemn, and call out racism, xenophobia, bigotry, and hate of any kind. We must advocate and lead in a peaceful, new narrative for the future of our country.
I appreciate that President Trump finally condemned all acts of violence. Yet, along with many others, I am disappointed that a man who is known for calling out individuals did not speak firmly and directly to the supremacist who mentioned the president’s name to leverage credibility for a mission to “take [their] country back.” Today, the White House explained that President Trump’s general statement “includes white supremacists, KKK, Neo-Nazi and all extremist groups.”
I hope the president speaks on this issue many more times and make another statement, a more direct statement like Virginia’s Governor Terry McAuliffe did.
Moreover, while the president leads the nation, the Faith community must lead in the nation’s moral renewal and accountability.

“The church must be reminded that it is not the master or the servant of the state, but rather the conscience of the state…. If the church does not recapture its prophetic zeal, it will become an irrelevant social club without moral or spiritual authority.”

Antipas, I am calling on all churches, ministers, Christian businesses, Christian universities, nonprofits, and all Christ-followers to speak up and speak out via every outlet we have, i.e., mailings, social media, worship gatherings, classes, Bible study groups, etc. If organizations that purport to be Christian remain silent on these important issues, we must call them out in the strongest and most direct manner.
Now is the time for the people of God to stand in the holy place and cry aloud against social and systemic evil!
Our future is in the balance.
What will you do about it?
Can the future count on you?
Peace and love in Christ,
Dr. Antipas
Categories: Christian Inspiration, Christian Living, Community, current events, MediaBy Antipas HarrisAugust 14, 2017
Tags: bigotryCharlottesvilleno room for hate